This series contains 19 animated historical maps. For a preview, please consult the map below: 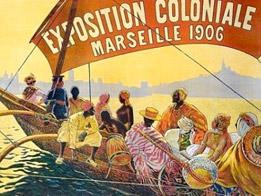 European countries began exploring and seeking to dominate the rest of the world during the 15th and 16th centuries, thanks to their ability to control sea routes and to the exploration of the American continent. In the 19th century, energized by the industrial revolution and under pressure from a rapidly growing population, Europe launched a new period of colonial expansion, inspired by the discovery of new markets, new areas for the settlement of Europe’s poor migrants, and the desire to "civilize the barbarian nations ".

European Imperialism in the 19th Century

The industrial revolution and pressure from a growing population in Europe led to a new phase of colonial expansion.

Emigration of Europeans to the Far Corners of the World

During the 19th century, European emigration towards the ‘new worlds’ contributed to the spread of Europe’s political, economic and cultural influence.

The United Kingdom’s unchallenged command of the seas played a major role in the development of its colonial empire.

The British Empire: Statutes and Administration

With the development of new forms of rule for its dominions and Crown colonies, the British Empire developed into a colonial mosaic.

France and its Colonies

After 1815, France was stripped of most of its first colonial empire.

The Conquest of Algeria

This map illustrates the most important phases of the colonization of Algeria after France’s intervention in 1830, initiated by Charles X.

Once the conquest of Algeria was complete, the settlement of European colonials consolidated France’s occupation.

Conquest of Africa: a period of incubation

In the early 19th century, the European presence in Africa was limited to trading posts scattered along the coast.

Conquest of Africa: The Scramble for Territory

After the Conference of Berlin (1884-1885), European nations rivalled each other for territory in Africa.

Throughout the 19th century, European powers sent out explorers, scientific expeditions and military forces to Africa in order to establish their presence as colonial powers.

Resistance and Uprisings in the African Sahel

A number of ancient as well as more recent African states displayed solid resistance to the European powers and to their efforts to penetrate Africa’s hinterland.

Territorial gains were relatively limited during this period, but the Opium Wars and the imposition of one-sided treaties on Asian countries heralded a new period of European expansion.

This map illustrates the territorial expansion by European countries and intervention by new imperialist powers in the Far East.

The British Empire in India

In India, the British East Indies Company controlled territories and aided the construction of a vast Asian empire.

Conquest and resistance in French Indochina

In 1887, Cambodia, Cochin China, Annam and Tonkin formed the Indochinese Union, which was later extended to include Laos, but France had difficulty controlling these territories.

Colonial expansion in Asia encouraged rivalry among the Powers, particularly Russia, England and France, but also the United States and Japan.

Dividing up the Middle East

In the early 19th century, the Middle East was dominated by two empires already in decline: Persia and the Ottoman Empire.

Following Napoleon’s expedition to Egypt, the country’s leaders sought to introduce modernization and emancipation from Istanbul but, faced with financial difficulties, gradually came under British domination.

French and British Mandates in the Middle-East

After the First World War, the League of Nations gave France and Great Britain were mandates to administer the Middle East.